The Sir Peter Blake Memorial extension at the Maritime Museum in Auckland was officially opened in December 2009 and on a recent trip to Auckland I took the time to visit this tribute to one of New Zealand's most famous heroes. Up there with luminaries such as Sir Edmund Hillary (conqueror of Mt. Everest) and lord Rutherford (first to split the atom), Sir Peter is best known for his sailing exploits, contributions to sailing and in his later years, work in the environmental arena. It was here, tragically, when working on an environmental expedition in his 'Seamaster' sailboat on the Amazon river he met his untimely end, defending his crew from pirates. 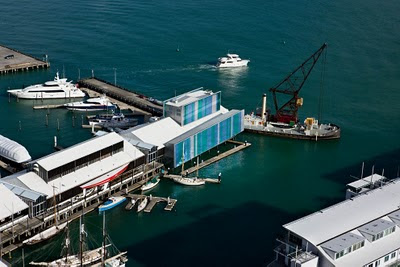 tion of New Zealand alight, which culminated in the unprecedented clean sweep of all five legs in Steinlager 2 (Big Red) in the 1989-90 race.
He added to that with the record set around the world in the Jules Verne Trophy in the ENZA catamaran in 1995.
But he is probably best remembered for winning the Americas Cup for New Zealand in 1995 and defending it successfully in Auckland in 2000.
The memorial, designed by the well known Auckland architect Pete Bossley is a striking addition to the NZ Maritime Museum. Wandering through the Blake memorial, built as it is over the water, I was struck by the openness and lightness in the hall which so enshrines the character of Sir Peter. The massive suspended hull of NZL32 Black Magic totally dominates the hall and is obviously the centrepiece. The gradually rising walkway lifts you up to where you can look down into the workings of the boat and then leads on into the mini cinemas where videos of Sir Peter's adventures are constantly running. Had to watch them as they contain very powerful footage of high speed ocean racing culminating in the first Americas cup win in San Diego.
Altogether, a great tribute to a true New Zealand hero. 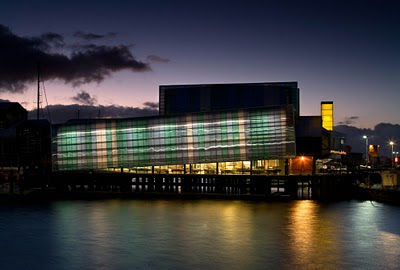 He now has the Sir Peter Blake Trust set up in his memory and the following is an extract from that site:
'From the outset, the sea exerted a powerful influence over Peter Blake. The family lived in a wooden bungalow in Bayswater on the northern flanks of Auckland’s Waitemata Harbour. His father, Brian, was a gunboat captain in the Royal Navy during World War Two; throughout their marriage, Brian and Joyce Blake owned boats and the Blake children grew up with the sea as their playground.

Peter was born in 1948, the second child of what would later grow to a family of four children: Janet, Peter, Tony and Elizabeth.
Peter loved messing about along the foreshore and boats very quickly became a passion. Family summer holidays were spent camping on a piece of land they owned at Mairangi Bay, north of Auckland, next to their grandparents’ house. 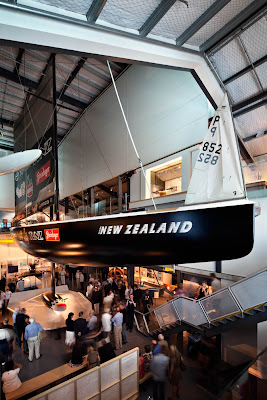 The two boys, in particular, spent all their time on the water. "We had banana box boats," recalls Tony. As the name implies, these comprised wooden banana boxes, with a rudder hung off the back, a mast and a square sail. Windward ability was somewhat lacking, but there was no shortage of fun and adventure.

Their holidays were further afield, camping at Martins Bay, where the children would trudge up the hill every morning to collect fresh milk, still warm, from the local farmer. The evenings would be occupied with family card or board games – perhaps planting the seeds of Peter’s later love of Scrabble, a game he engaged with steely and unrelenting competitiveness.

Back at home, schooldays were spent dreaming about boats. Traditional team sports – cricket, rugby, soccer – did not interest Peter. It was boats, boats, boats. Both he and Tony, three years his junior, would pore over English sailing magazines and follow design trends with keen interest.
"I can remember sailing on evenings after school, the sun going down on the water. I’d sail through flotillas of water birds. Really peaceful: I had as good a time then as sailing around the world years later." — Sir Peter Blake
Extract courtesy Sir Peter Blake Trust, images courtesy www.bossleyarchitects.co.nz/
You too can read about his life adventures on the trust site http://www.sirpeterblaketrust.org/
This is a must visit when in Auckland for anyone with a remote interest in the sea and sailing, but also to look at one of New Zealand's most famous sons and a true leader.
You can read more about planning your own 'adventure of a lifetime' sailing voyage on my website http://www.sailboat2adventure.com/