As more of these AIS products for sailboats and yachts come onto the market, I thought it was time again to run a brief review of what might be best to suit your requirements for you and your sailboat.

Like GPS, when that technology first hit the market, it was slow to be taken up by recreational yachties, and was several years before it was embraced fully by the sailing community. I believe that at the time, that was partially due to the general unreliability of its predecessor, Satnav, and folks took some time to understand that GPS was not of the same stable and was much more reliable and accurate. The other main advantage of GPS over Satnav was that a vessels' position was shown constantly as opposed to an update every six or twelve hours.
As an example of the growth of GPS, I can recall the first time I sailed in the ARC (Atlantic Rally for Cruisers), of the fleet of 130 yachts, only twenty or so vessels had GPS units installed, and of those, most were receivers only, just gave lat/long data and nothing else. Five years on in 1995, when I did the ARC in my own vessel, every yacht of the then 140 fleet had fully fledged GPS units installed. Since then, the proliferation of units, both hard wired and hand held has been astounding, along with the reduction of cost, which in turn has made them affordable for all boaties. 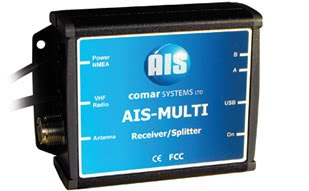 AIS systems for the sailing community are currently going through a similar acceptance period. Already, there are a greater variety of units coming onto the market and the price also is gradually decreasing, to the point where a basic AIS receiving only unit can be purchased for around $400.
You may have read about young Jessica Watson who is currently making the sailing trip of her life to be the youngest person to circumnavigate, single handed. Following her earlier contact with a merchant vessel on her shakedown cruise, she has since sailed north from Sydney, crossed the equator and now making good progress heading down to the Roaring Forties and Cape Horn. She is making exc 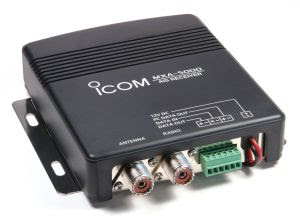 ellent progress and in good shape to tackle the challenging sailing ahead.
I am sure that if she had had installed an AIS unit on her 'Ella's Pink Lady' in the beginning, it would have given her a warning of the approaching vessel in sufficient time to get up on deck and take avoiding action to miss the freighter. Suffice to say that whilst in Sydney making final preparations prior to leaving port, a AIS system was installed.
To many, it would seem to be just another electronic device to clutter up your nav area and something else to go wrong and cause you trouble. However, as this technology is available, easily installed and not costly in its basic form, why not use it - after all, if it saved you just one potential collision incident at sea during your voyage, it would have been worth it. There are already a number of brands available, starting with a 'receive only' unit from Comar, their AIS-Multi for $400, moving up through the Simrad range, Yacht Digital, Icom (you can check them all out on the internet) etc., to the top of the range currently, from Furuno. This is the Navnet 3D which integrates AIS capabilities into a suite of chart plotting, GPS and 3D radar. This total package price is around $8500.

There is an excellent four minute video demonstrating the Furuno Navnet system you can see on www.psicompany.com/furuno , and click on 'Navnet 3D sea trial showing radar overlay and AIS'. Alternatively you can type in 'Furuno Navnet 3D Sea Trial' into Youtube and it will come up.
Images courtesy Comar, Icom and Furuno
You can read more about close shaves and similar incidents with merchant vessels in my ebook 'Voyage of the Little Ship 'Tere Moana' downloadable from my website http://www.sailboat2adventure.com
Posted by sailboat2adventure at 14:39 2 comments: