The annual ARC (Atlantic Rally for Cruisers) from Las Palmas in the Canary Islands to St.Lucia in the Caribbean is as popular as ever, and, with ever increasing numbers entering every year, a cap of 215 sailboats is being applied for this years' 25th Anniversary event. It starts in November and entries to date are 150 confirmed - so any of you cruisers contemplating joining this adventure voyage should move quickly now. 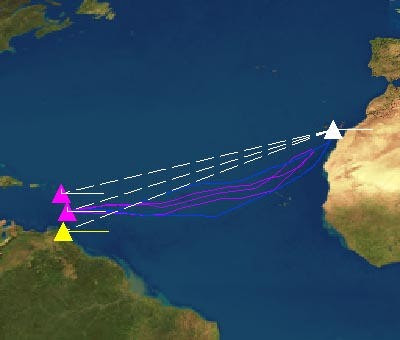 Having 'done the ARC' twice myself, the first time as crew in 1990 and then in 1995 in my own yacht I cannot stress enough the fantastic experience it is to get you started on your world cruising adventure.

The organisation is excellent, with many seminars to attend in Las Palmas before the start covering all aspects of passage making, safety at sea, equipment, weather plotting and courses on astro navigation, all of which are essential for the serious world cruiser.
With crews from that number of boats numbering many hundreds, you can imagine that the social scene is rather hectic as well - and so it is.
But above all of that is the wonderful support and camaraderie that is built up among various crews and lifelong friends made as a result - this is priceless. I can clearly recall a few boats (cheapskate skippers) who chose not to pay the entry fee (a few hundred dollars) but set sail at the same time riding on the coat tails of the ARC fleet arriving in St. Lucia and feeling very much the outsiders - too late for their regrets at that point - it was all over! 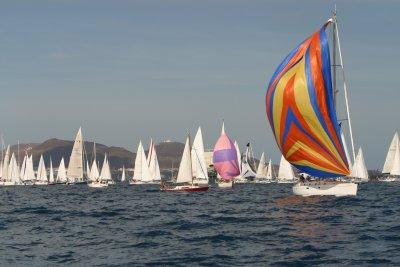 Another indelible recollection of mine was following the unbelievable chaos of the start with 150 boats jostling for position just to get over the line and away. Sailing into a beautiful tropical evening in the company of such a massive fleet is unforgettable. Then being on watch that first night out and seeing all those many many other night lights surrounding our boat in the dark, and waking the following morning to be greeted by a completely empty blue sea - not a sail in sight - that was when it struck me that this really was ocean cruising.

Here is an extract from Sail-world.com announcing this years rally:
It's still nine months from departure date, and Atlantic Rally for Cruisers (ARC) 2010 registrations are flying along as World Cruising Club signs up the 150th entry.

Since its inception in 1986 thousands of cruising enthusiasts have enjoyed crossing the Atlantic with the Atlantic Rally for Cruisers (ARC). This year, the 25th edition of the ARC is no exception, with entries racing ahead of previous years. Already, with 9 months before the start of ARC 2010 on 21st November, organisers World Cruising Club have 150 confirmed entries. Due to space restrictions in Las Palmas marina at the start of the rally, ARC 2010 currently has an upper limit of 215 yachts, which is likely to be reached in April.

Commenting on the continuing popularity of the ARC, director of World Cruising Club, Andrew Bishop, said: 'The ARC is special and for many cruising sailors it is the 'must-do' event on their cruising calendar, whilst for others it provides the inspiration they need to help them achieve their ambitions to set off bluewater cruising.'

The 25th edition of the rally has also created significant interest, with a number of skippers who sailed in the first ARC already entered to sail in the 25th. Moonshadow, a Deer 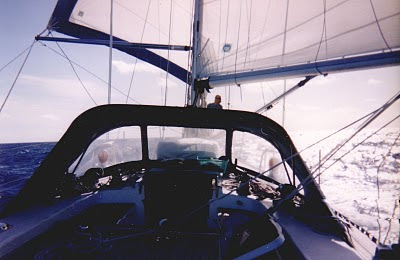 foot 62, one of the original ARC 1986 yachts will also be back in 2010, though with a different owner, American sailor George Backhus.

Whilst the ARC does not start until November 21, World Cruising Club has a busy spring and summer programme, commencing with the popular Ocean Cruising Seminar in early March. It covers a wide range of subjects associated with the planning and preparation required for an Atlantic Circuit or round the world voyage. Lecturers have been chosen for their wealth of knowledge in their specialist fields. Special emphasis will be on the ARC and World ARC and what to expect in terms of weather and equipment issues.

Entries are still being accepted for World Cruising Club's summer events; Rally Portugal, a trans-Biscay cruising rally held in June, and ARC Europe, the 'return ARC' which crosses from Tortola via Bermuda and the Azores in May.

Further information about all World Cruising Club events at http://www.worldcruising.com/

About the ARC:
ARC 2010 will depart from Las Palmas de Gran Canaria on Sunday 21 November.
The finish destination is Rodney Bay Marina in St Lucia, a distance of 2,700 nautical miles from Las Palmas and it's a passage that will take most of the yachts between 18 and 21 days.

Whilst fundamentally a fun rally for cruising yachts, the ARC does have a more serious Racing Division, run under the auspices of the Royal Ocean Racing Club (RORC). Yachts in the Racing Division are not permitted to use their engines for propulsion (unlike the cruisers), although use of autopilots is allowed.
Extract and route image courtesy SailWorld.com
You can read much more about world ocean cruising and route planning in my ebook 'Voyage of the Little Ship 'Tere Moana' downloadable from my website http://www.sailboat2adventure.com
Posted by sailboat2adventure at 18:20