A cruising yachtsmans' worst nightmare is being run down by a merchant vessel, particularly at night, far offshore. Statistics however, show us that this is far more likely to happen close to shore in busy shipping lanes where the density of these large vessels is much greater.

A radar reflector therefore, is a piece of equipment that all cruising sailboats should have. Recent tests have shown that they are not necessarily that effective, see article on http://www.panbo.com/ May 2007 archives. 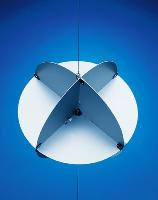 Nonetheless, a reflector permanently installed high in your rigging is an additional item that can assist in alerting approaching shipping that you are in the same quadrant of water as they are. Many other factors come into play such as has the other ship recorded your presence? is there a watch in their radio room at the time? is your boat heeling? etc. All of these could hinder the chances of the other shipping seeing you.
There has been much written about a tragic incident near the Isle of Wight in August 2006 between the yacht 'Ouzo' and a large P&O ferry. The collision or near collision resulted in the sinking of the yacht and the drowning of the three crew. As the yacht itself has never been recovered, this incident remains a mystery of the sea. However, it was known that 'Ouzo' did carry a radar reflector - whether it was in position at the time is not known. There is an interesting report you can read on www.edyc.co.uk/ouzo-report-2.htm 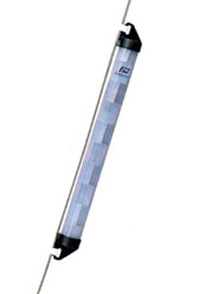 Fully effective they may not be, but under the heading of any additional equipment that can alert an approaching merchant vessel, having a reflector clamped to your cap shroud above the top spreader is best seamanship practice and no cruiser should put to sea without one.
They come in two basic shapes - one is made up of segments(octahedral) which can be assembled and hung in the rigging - not ideal for long passages. The other, and to my mind, the better option for cruisers is the tubular type which you can clamp on to your upper shroud and leave in position permanently. I positioned mine on the starboard cap shroud above the top spreader.
There are a number of manufacturers making these reflectors andyou can view the range at any quality chandler. You can appraise them initially on the internet where you will find illustrations and prices for your local market.

Obviouisly radar and more recently AIS(Automatic Identification System) would be part of a modern day Cruisers 'onboard package', but that is another subject.
You can read more about night navigation, radar and near misses in my ebook 'Voyage of the Little Ship 'Tere Moana' downloadable from my website http://www.sailboat2adventure.com

Very nice work! What probably also makes the spectre much bigger than usual is because of the divergent light source and the short distance from it.Today, the most common sailboat is the sloop which features one mast and two sails, a normal mainsail and a jib. This simple configuration is very efficient for sailing towards the wind.
23jj