The issue of climate change has received so much attention in recent years that it has become difficult for interested policymakers to separate facts from fiction, let alone the cruising sailor. But the natural world and its health is vital to the world of the cruising sailor, so I reprint this recent Ocean Watch Essay which is of interest to sailors everywhere. Hopefully it helps to clarify some of your thinking on this vital subject of which the effects will be felt and experienced by all sailors making extensive passages:

'Climate change is one of the most cutting edge research fields in modern science, but the field has existed for more than a century and much knowledge has been established with high certainty and confidence. This page clears up three of the most common misconceptions about the science of climate change.

MISCONCEPTION: Climate has changed many times in the distant past, before humans began burning coal and oil, so the current warming cannot be caused by humans burning fossil fuels. 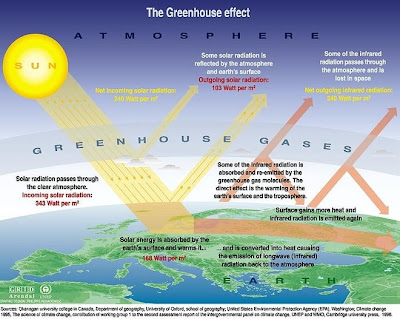 REALITY: There are several drivers that cause climate to change, and some of the key drivers have both natural and human sources. Recent increases in global temperatures result mostly from higher levels of heat-trapping gases in the atmosphere, which have been increasing because of human activities.

This misconception leans on the false presumption that the existence of natural climate drivers precludes the existence of human drivers. In reality, there are some key climate drivers that have both natural sources and human sources, and scientists are able to distinguish between them. The changes that have occurred in natural climate drivers in recent decades would likely have caused a small amount of cooling, not warming. During the past century, human activities have been the only sustained source of the extra heat-trapping gases that have been added to the atmosphere. Scientists have demonstrated that the primary human source (80 percent) is the burning of coal, oil, and natural gas, and the secondary human source (20 percent) is deforestation and other land use changes. 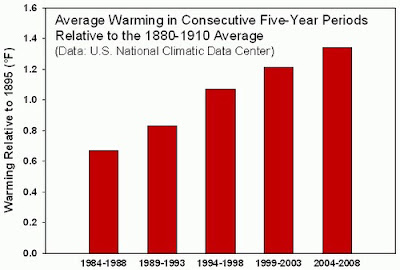 Those who insist that climate change can be explained entirely by natural factors must address two issues. First, they must identify a natural climate driver that has changed in a way that is consistent with the observed temperature increase. The most common claim is that changes in the sun are responsible, but thirty years of satellite observations show no trend in solar output. Second, they must explain why the documented increase in atmospheric heat-trapping gas concentrations over the past 50 years would not be the main cause of global warming today, given that it is absolutely certain that these gases trap heat. In spite of tremendous effort both by the mainstream scientific community and by interests that oppose efforts to limit future emissions of heat-trapping gases, no one has been able to overcome these two issues in the search for an alternative primary cause of contemporary climate change. On the other hand, scientists have established an internally consistent body of evidence showing that heat-trapping gases produced by human activities have been increasing in the atmosphere and that no other climate driver is changing in a way that is consistent with recent warming.
MISCONCEPTION: The last few years have been cooler, so global warming can't be real; or, Global warming stopped in 1998; or, The world has been cooling for the past decade.
REALITY: The climate is defined by long-term averages in global temperatures and other climate metrics, and those are still increasing.
Ocean Watch - Land and Ocean Temperature Record - .. .
Some people claim that the planet has entered a cooling phase either since 1998 or since 2005, depending on the data set. However, just because 1998 and 2005 are the two warmest years on record does not mean that a long term warming trend is not continuing. The climate is defined by long-term averages, not the ups and downs that occur every few years. For example, the average temperature for the last five years is higher than for the previous five years, and so on (see figure).
Even with the variability in global average temperatures, a long-term warming trend remains. The ten warmest years in the 150-year thermometer record have all occurred in the twelve years between 1997 and 2008; thus, none of the previous 15 decades has been as warm on average as the last decade. Even with a short-term pause in warming, the past three years are among the ten hottest years of the past 150!
What if the temperature still does not rise for several more years? Even then, concluding that global warming had stopped would be premature. Scientists at the U.S. National Climatic Data Center found that over the past 34 years, three separate roughly ten-year periods had no warming, yet during the entire period the global average temperature rose by about 1°F (see figure).
Clearly, the global temperature fluctuates naturally on the decade time scale, with or without global warming. With global warming, these fluctuations simply 'ride' on top of a long-term upward trend.
MISCONCEPTION: There is no scientific consensus on the existence or causes of global climate change.
REALITY: A recent poll of earth scientists demonstrated that there is strong agreement that emissions of heat-trapping gases from the burning of fossil fuels make a significant contribution to global warming.
Many concepts in climate science are well established and are not being actively debated among mainstream climate researchers. Scientists have called the warming trend 'unequivocal' on the basis of multiple lines of physical evidence. Physical and statistical 'fingerprinting' studies have linked the warming of recent decades, as well as several other aspects of climate change, directly to increasing emissions of heat-trapping gases from human activities. The U.S. Global Change Research Program, sponsored by 13 federal agencies, concluded in a 2009 report that 'global warming is unequivocal and primarily human-induced.'
In fact, the evidence for human-induced climate change is so strong that scientists are in unusually strong agreement about it. A January 2009 poll of more than 3000 earth scientists found that 82 percent of them, regardless of their specialties, agree that human activity is a significant contributor to changing average global temperatures. The consensus is even stronger among active climatologists who publish the majority of their work on climate studies: 97.4 percent agree! This level of consensus is astonishing in a community where reputations are made by proving others wrong.
In contrast to the strong consensus among earth scientists, a 2007 Newsweek poll found that less than half of the American public believes most climate scientists agree that human activities cause global warming. This misconception may stem in part from the traditional practice of journalists of quoting a voice on each side of an opinion issue. In this case, however, one view represents the mainstream scientific opinion and the other represents the fringe. 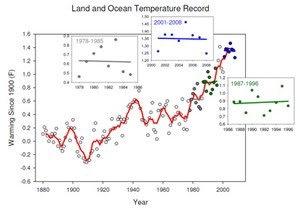 It seems that the debate on the authenticity of global warming and the role played by human activity is largely nonexistent among those who understand the nuances and scientific basis of long-term climate processes. The challenge, rather, appears to be how to effectively communicate this fact to policy makers and to a public that continues to mistakenly perceive debate among scientists.'
This Ocean Watch Essay came in part from the Pew Center on Global Climate Change. Special thanks to the Pew Charitable Trust for the contribution to Sailors for the Sea's Ocean Watch Essays.
You can read more about the effects of 'Climate Change' and the realities of sailing with it in my ebook 'Sailing Adventures in Paradise' downloadable from my website www.sailboat2adventure.com
Posted by sailboat2adventure at 00:16