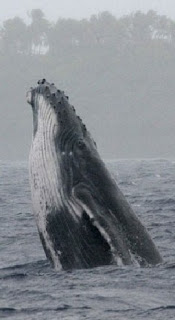 Tucking in behind the short reef, our little ship arrives just in time for her crew to anchor as the tropical night draws down on the western horizon, squeezing the last of the flaming orange crush over the edge and into eternity. Myriad stars from the east already puncture the black velvet, criss-crossed with a grid of shooting stars. Out here, with virtually no degrading onshore lights, these phosphor trails streak bright in all directions, across the firmament, their life finishing almost before it has begun. So stunning, so brief, so many, uncountable – this night is perfect – still, warm and dark, dripping sumptuously with shore fragrances drifting, blending with the unmistakable odours from the reef. The crackle coming upward through the hull, mixing with the reef sounds fifty metres off, tells them the battle of life goes on. Lingering over the remains of dinner, in the soft glow of the cockpit lamp and savouring their wine, life seems perfect. Cutlery clattering on plate, and bottle tinkling on glass is noise clutter bordering on intrusive, so their conversation, though eminently companionable, is reduced to an awe filled ‘sotto voce’.

Submerged in this almost comatose, suddenly, they are aware of another presence. Looking round they virtually jump out of there skins. There, not thirty metres away is a huge shape hanging in the dark, watching. The Humpback must be standing on her tail, between them and the reef, on the edge of the channel. Half her body is upright out of the water, it running off and glistening wetly in the lamps glow. Her all knowing eye inspecting them with mild interest locks their gaze. They say looking into the eye of a whale is like looking into the window of your soul! Whatever it is, in that brief moment as our three stalwarts, staring obliquely upward, eyes locked, feel something pass between them. She must have been there, looming, no more than half a second, but it seemed like an eternity – then she was gone – as silently as she had arrived, sinking straight down, water sighing softly up her dark flanks as she went and closing over her snout with a light hissing bubble. A smaller tail flipped the surface a little off to the right, affirming junior is close by.

Our crew have stopped breathing and our little ship wonders if they are going to start again! Their collective exhalation is sharp but slow, piercing the silence. Looking at one another, their lips working, trying to form something, but no sound comes – no need for words, their eyes convey all they feel. All they can manage between them is ‘Wow!’, ‘Crikey!’, ‘My God!’, ‘Did you see that?!!’, and several other equally intelligent remarks! Music is the answer, and someone puts on Mascagni’s ‘Intermezzo’ from his Cavalleria Rusticana, on repeat, and they sit in silence, playing it over and over, drifting, comfortable with their own thoughts. How can anyone wish to kill for commercial gain, these wonderful creatures?

Her captain, reflecting on this, is glad that he has made this voyage. A large part of his drive to do it was to experience this kind of event, and to come home in a manner other than the traditional one of flying. But also, and possibly more importantly, he wanted to make the trip before it becomes too late. With Global Warming, changing weather patterns, Climate Change and more extreme weather, there may be a time in the future when this kind of adventure is not possible. We really have to hurry now and take steps to reverse the damage we, the human race, have done to our planet.

Mascagni’s gorgeous strains float up the companionway, imbueing the dewy night air with a plump round sound – they hope the whales can hear and come back for more in the morning.

‘They really are a strange mob, these humans,’ she muses. ‘Fancy being moved to such emotions by a mere whale – my lines are just as svelte, and, I don’t have to come up for air all the time!’

However, she grudgingly admits that the music is actually quite uplifting, and also, that she was just a little intimidated by the size and proximity of that animal; ‘Must be going soft!’ she adds.